I consider him to be one of the top 5 field commanders in the history of the United States Army and definitely their most successful combat General.

You would always see him where fighting was fiercest, carrying his trademark ivory-handled revolver on his hips (yep, that was his side-arm).

This unorthodox but determined soldier was exactly what the Allies needed right after D-Day.

Patton’s armor and infantry rushed through German lines cutting through enemy territory winning amazing victories and capturing one town after the other -spreading panic and confusion to Wermacht soldiers.

‘Always do everything you ask of those you command’

While at a conference with his officers he declared: ‘Some goddamn fool once said that flanks have got to be secure. Since then sonofabitches all over the globe have been guarding their flanks. I don’t agree with that. My flanks are something for the enemy to worry about, not me. Before he finds out where my flanks are, I’ll be cutting the bastard’s throat.’

He attacked, attacked and then attacked again! His armored divisions roared through six different countries! France, Belgium, Luxembourg, Germany, Czechoslovakia, Austria; his Shermans were rolling… Patton trained one of the most famous military units of the US Army, the 2nd Armored Division, nicknamed “Hell on Wheels”. On March the 2nd, 1945 a message from General Dwight Eisenhower instructed Patton to bypass the German city of Trier because it would take four divisions to capture it. Patton’s answer was: ‘Have taken Trier with two divisions. What do you want me to do? Give it back?’ Erwin Rommel, the Desert Fox, added: ‘The American generals showed themselves to be very advanced in the tactical handling of their forces, although we had to wait until the Patton Army in France to see the most astonishing achievements in mobile warfare.’

Ok, we all know that people have strengths and weaknesses. But there are times in our lives that our strengths must prevail. Patton is famous for:

‘Accept the challenges, so that you may feel the exhilaration of victory’ 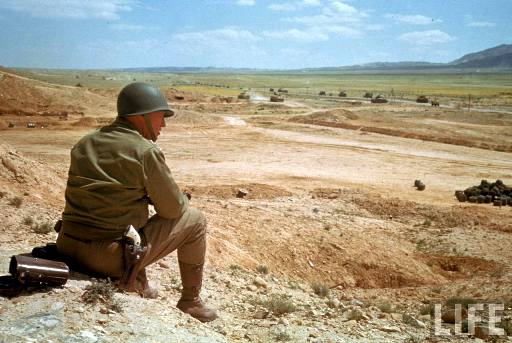