Scholars tend to forget the reason why Galileo was condemned by the Catholic Church. His book on heliocentricism wasn’t a purely scientific one but touched matters of religion too. This is precisely why his “Dialogo sopra i due massimi sistemi del mondo” entered the list of the banned books of the Catholic Church; the harrowing –for scientists up until the 1960s (!) – “Index Librorum Prohibitorum”. 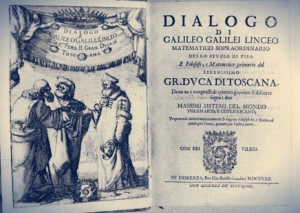 Only books that linked scientific discoveries with the Bible were banned.

Yes. Believe it or not, Darwin himself -although his ideas were disliked by individual priests- was never accused by the Roman Inquisition!